By gunnar eSports, Heroes of the Storm, News No Comments

Blizzard Entertainment officially announced the first phase of their 2016 Heroes of the Storm Global Championship Circuit today. Featuring a worldwide, year-long tournament that’s broken up into three seasons–Spring, Summer, and Fall–teams from various regions will have more opportunities to compete in hopes of joining the best of the best for the Finals. Though Blizzard hasn’t officially announced BlizzCon 2016, we’re guessing (and hoping) that’s where the Finals will take place later this year in Anaheim, CA. 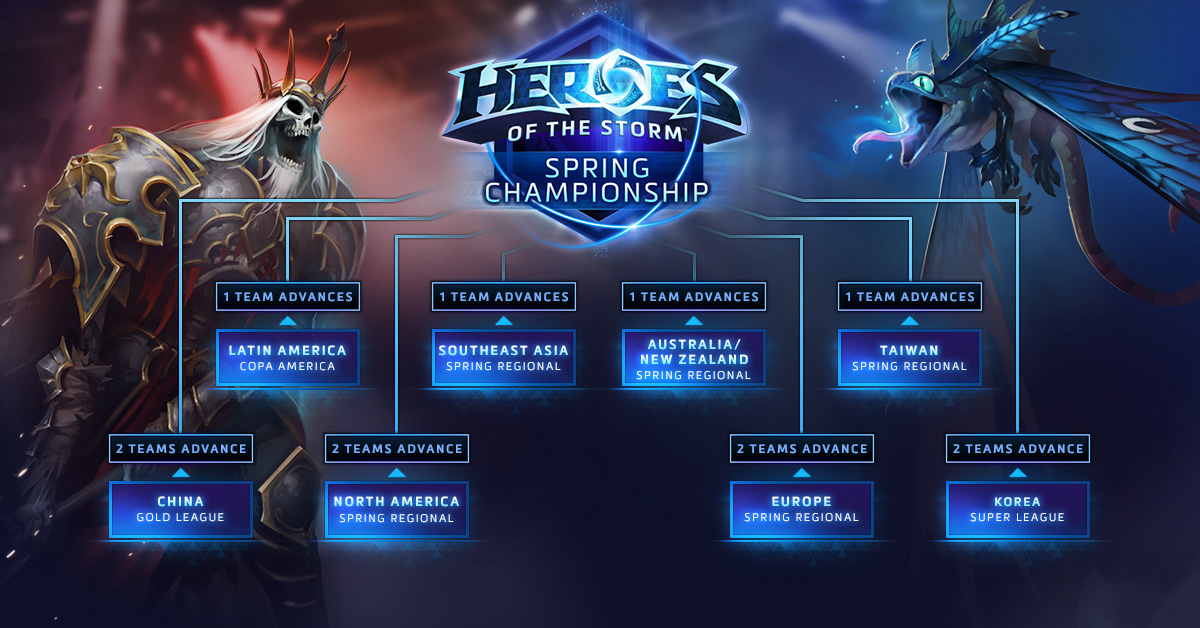 With a varying amount of prize money for each season, Blizzard stated the total prize-pool for this year’s tournament will total more than $4 million USD. That’s an impressive amount of money and it likely puts Heroes of the Storm on the list of highest paying eSports competitions in 2016. Only the Spring season has been revealed, but it certainly provides a glimpse at what’s to come for Summer and Fall. More details are said to be revealed in the coming weeks, and fans can keep an eye on their official eSports website for updates.

In mid-2015, GUNNAR Optiks teamed up with Heroes of the Storm and Blizzard Entertainment to bring you two exciting new pairs of glasses: Siege and Strike. We also revealed Heroes-themed temple sleeves which are interchangeable on a variety of styles. Head over to our online store to check them out!